Examination of the 2017 Surtsey drill cores by James G. Moore, one of the volcanologists who drilled Surtsey in 1979, offers new perspectives on heat sources for the hydrothermal system as well as the orientation of layering in the basaltic lapilli tuff traversed by the inclined SE-03 borehole. 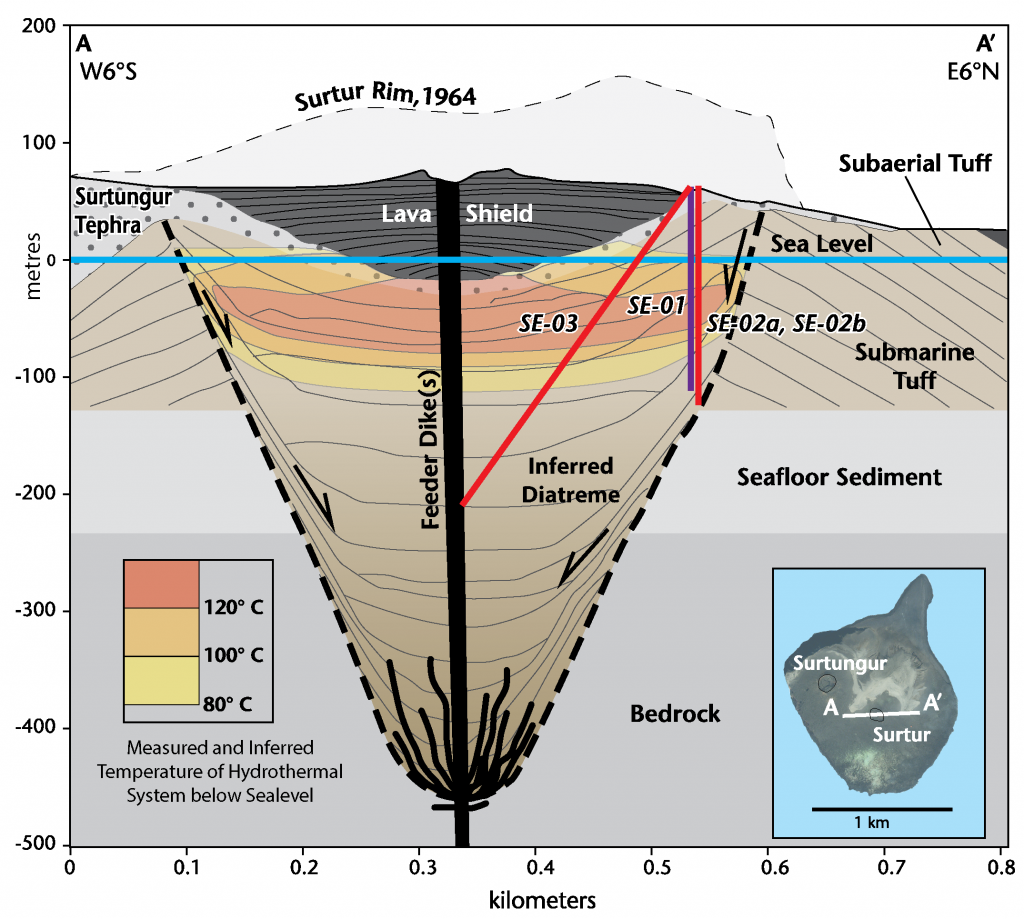 Structure of the Surtur vent and hypothesized diatreme as deduced from eruptive history and cored boreholes (red). Tephra from Surtungur (dotted pattern) and from Surtur (undotted), and the lava shield (dark gray). Conjectural temperatures in the 2017 hydrothermal system beyond those measured in boreholes are shown only below sea level.

Jim Moore hypothesizes that the lava shield that formed in Surtur crater during 1964-1967 effusive eruptions could have contributed to heating of the freshly-erupted Surtsey tephra. His geometrical analysis of the steep apparent dip of layering in the upper SE-03borehole indicates that 1979 and 2017 boreholes are located inside the Surtur crater. He offers new insights into the sub-seafloor deposits, which could have been carried down the vent by down slumping during fluctuating explosive activity (see also Moore, 1985, Geological Magazine, 122, 649-661)

These are the members of the SUSTAIN team that contributed to this article:
James. G. Moore
U. S. Geological Survey, Menlo Park, CA, USA
Marie Jackson
Department of Geology and Geophysics, University of Utah, Salt Lake City, Utah, USA