The texture, mineralogy, grain size, and depositional environments of Surtsey basalt in the 2017 drill cores are described. The originally fresh, unconsolidated ash and lapilli are entirely lithified and variably altered, reflecting the effects of hydrothermal alteration and cement deposition. The explosive eruptions excavated the pre-eruption sea floor to a depth of several tens of meters. 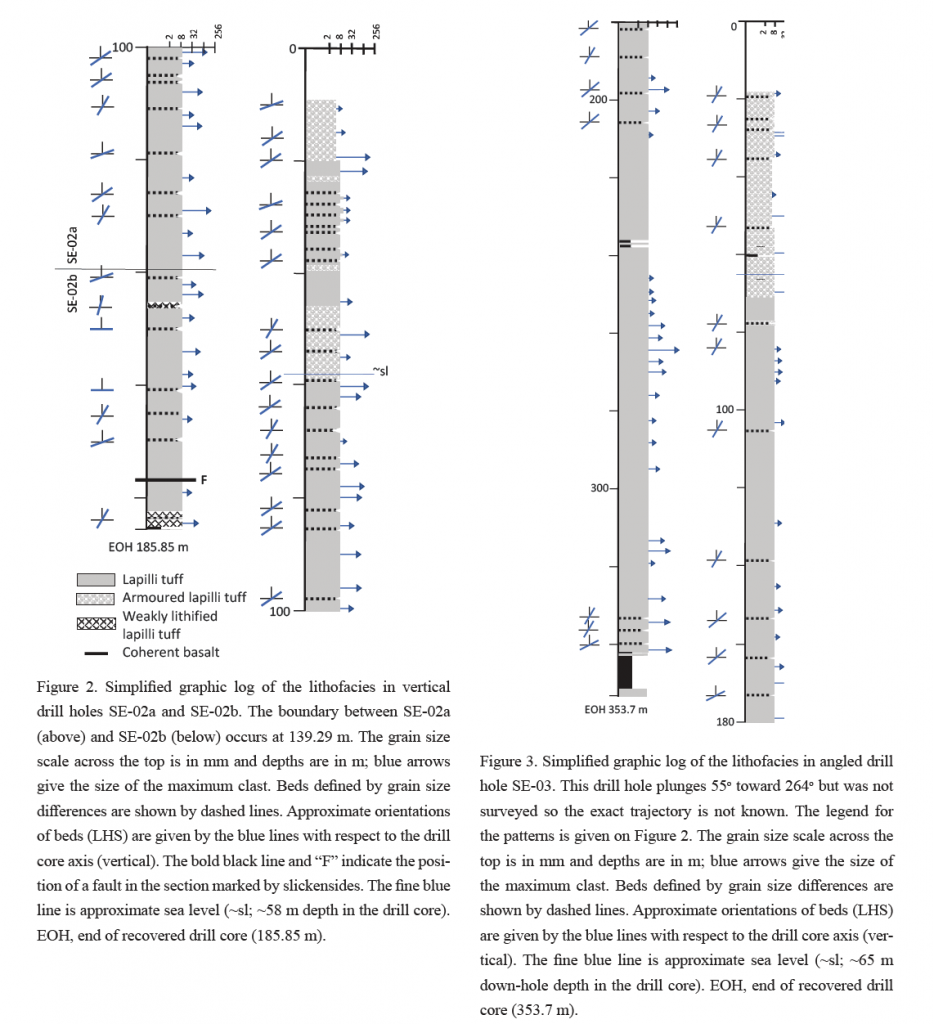 These graphical logs show the types of basalt deposits traversed by the 2017 SUSTAIN drill cores. The vertical SE-02A and SE-02B cores parallel the 1979 SE-01 core. The inclined SE-03 core is plunges 55 degrees towards the center of Surtur crater. The volcanic island emerged from a seafloor depth of about 130 m below sea level in 1963. Thus, the lowermost basaltic deposits of the SE-03 core record the excavation of the seafloor sedimentary rock by explosive eruptions and the subsequent infill with warm tephra and intrusions of basaltic magma.

These are the members of the SUSTAIN team that contributed to this article:
Jocelyn McPhie1, James D. L. White2, Carolyn Gorny3, Marie D. Jackson4, Magnus Tumi Gudmundsson3, and Samantha Couper4